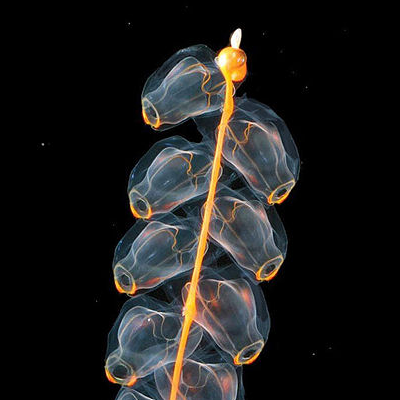 With that in place, I want to walk you through a source generator I wrote at work, and how it can be replicated more simply with Gobie.

Core functionality is all roughed out now. Currently this isn’t stable and there are quite a few bugs I’m aware, of.

However, I think this is in a good place to get community feedback about the concept and API.

The motivating example behind this entire project was a generator I wrote for work. The web apps I work on generally support moderate to high complexity clinical laboratory testing. So we need to handle complicated workflows and also need universal audit trails.

One approach we have taken to meet those needs works similarly to what is shown in my post about stateless and Blazor. We use the Stateless library to define a state machine which controls the lab workflow, and every time a step is taken in the workflow we capture that in a log class which is tied to whatever entity we are working with. So every entity we want to use this pattern requires the two classes below.

As it turned out, creating this pair through inheritance turned out to be impossible (It turned out it would have needed both Covariance and Contravariance which can’t be done in C#). That is what lead us use source generation.

The generator we created did the following:

As it turns out, all of this was accomplished by plugging data from the marker into some code templates we provided. The generator saved a lot of effort in the project where we used it but there were two clear drawbacks.

Its the heavy use of templates plus these drawbacks that lead to this library.

Here we will look at implementing the functionality above, but I won’t spend much more time on why we are generating this specific code. Instead, I want to focus on how this is done.

In a several places I have shortened code for legibility. The full source for the templates shown below is available here.

First of all, we need a marker attribute for our partial classes that will capture the names of the two enums we need for stateless. So we can do that by inheriting GobieClassGenerator and defining the two required parameters.

In response Gobie creates the attribute below.

Which we can use as shown here.

Adding Code to our Partial Class

Now we need to add some functionality to our partial Author class, which we can do with the GobieTemplate below. Notice that the template us using the two strings we gather from the marker attribute StateEnum and TriggerEnum. Additionally we are using the ClassName string which is provided automatically by Gobie.

We now get the following code generated for the Author class. The full example generates a bunch of additional code to actually use the state machine, but what I wanted to highlight here in particular are the partial methods. By including these in the template we can require that the user supply implementations for these, just like we would if we were using abstract with inheritance.

In the code above we are referencing a class AuthorStateLog which we want to generate. If we wanted the log to be a nested class, we could have done that in the template above. Thats because the standard GobieTemplate puts generated code inside a partial class declaration.

In this case we have decided against nesting, so we can use a GobieFileTemplate which will allow us to define the complete contents of a new file to add to the compilation. Note the argument StateLog given to the template attribute is defining the suffix of the file name.

And we generate a new file with this contents:

Setting up a Global Template

Now that we have the code generation above setup, we can apply the StatefullLoggedClass and get the primary functionality we want. In this example we also have several mappings we need to do for Entity Framework Core, for every instance of StatefullLoggedClass. And the best option would be if we could put all mapping code in a single place, regardless of how many classes we generate code for.

We can do all of this with a GobieGlobalFileTemplate. Just like the GobieFileTemplate we are defining an entire file’s content but with a key difference:

This generator produces marker attribute for the Assembly. So we can invoke it as shown:

And this generates our global template, without anything in our ChildContent

In order to add code to the ChildContent above, we define one more template in our StatefullLoggedClassGenerator. This acts just like the others, except that it specifies the name of the global template it should be added to.

This is the finishing touch, and it happens to be where I drew the line when implementing the generator at work. It would have been nice, but implementing it wouldn’t have saved time.

Below we add the same logic we have seen before, but with the addition that it adds EFCore registration to our global template.

As we have shown above, we have several methods of defining code we want to generate with Gobie. Primarily this covers simple generation where we really just need to fill out a template, though more functionality may make sense to add. How that takes shape will depend on community feedback.

Again, the full template code we used above is available here.

I am very interested in feedback. Feel free to drop a note in the comments here or open an issue with your thoughts in the project repo. 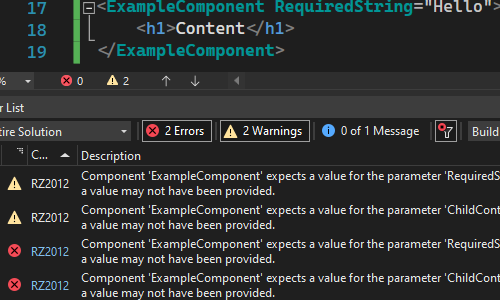